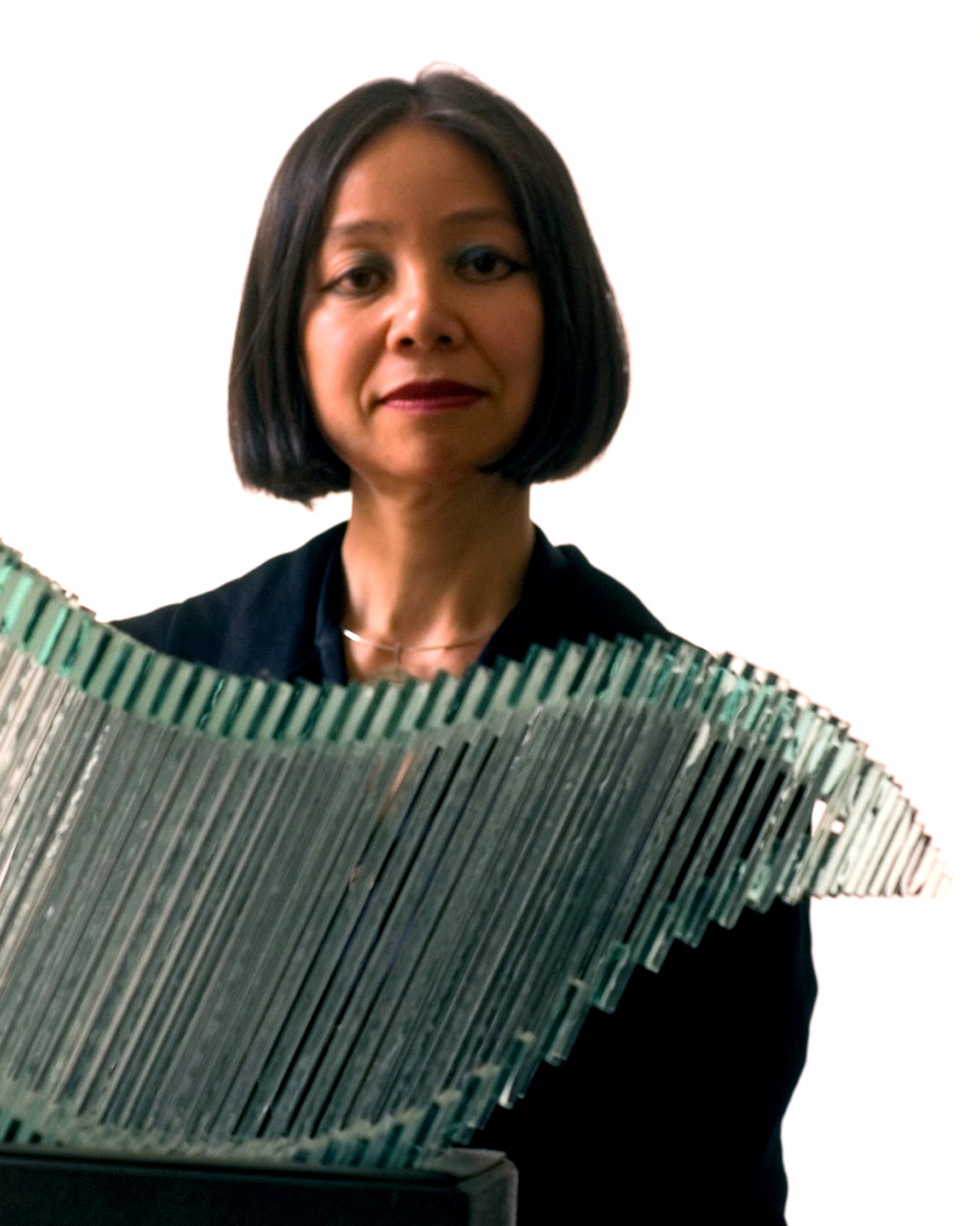 She graduated in ancient Japanese literature at the Waseda University of Tokyo. She studied painting and sculpture with Aiko Miyawaki, Taku Iwasaki and Yoshishige Saito.In 1977, she won a scolarship from the Italian Government. In 1981, she graduated at the Brera Academy after attending a course in sculpture.

She lives and works in Milan.

Her works are mainly made of industrial glass panes, a material possessing the double quality of transparency and reflection. This induces the spectator to focus on an observation overcoming the simple retinic perception, open to a personal time-space that invites introspection. The ever-changing light conditions that animate the glass works are a constant incentive to an interaction with the equally variable and diverse experiences and knowleges of the viewer.

In the hands of the artist, almost paradoxically, a cold, industrial material invites to meditation.

A condition that emerges with particular intensity in the large installations, arousing in the spectator an experience not simply visual, but where the reflexes arising from the glass lead to a personal, reflexive introspection.